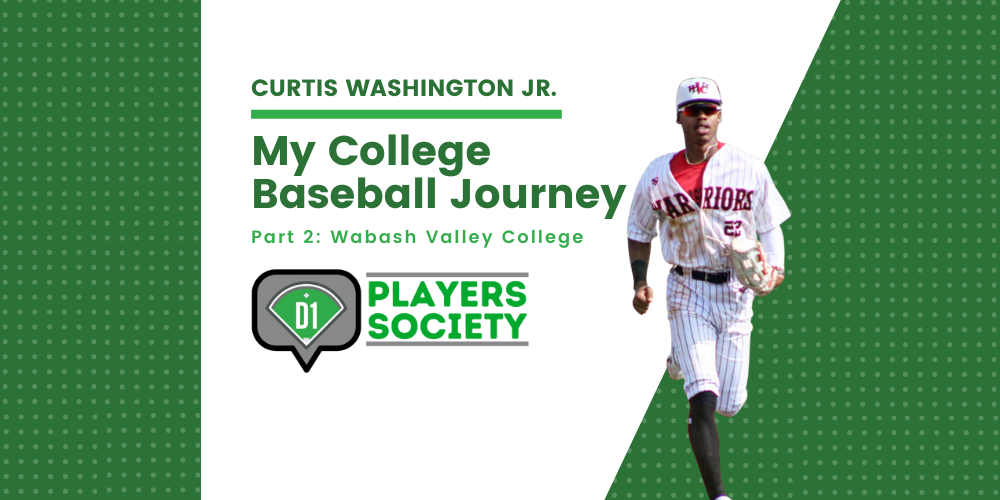 This offseason, we are revisiting D1Baseball’s best content from the 2022 season with the Best of D1 series. Every Monday and Friday, we will choose a different piece of content to highlight from our incredible staff and make it free to access, even without a subscription. If you enjoy the work we do and want to see more quality coverage of college baseball, click here to subscribe today and use promo code BestD1 for 20% off an annual subscription!

After the college baseball season got canceled in 2020 and coach Dave Van Horn respectfully suggested that I put my name in the transfer portal, I had to come to a decision to whether I was going to stay at Arkansas, transfer to a mid-major D1 school, or transfer to a JUCO school.

At the end of the day, the decision that I had to make was going to be the decision that was best for me and my baseball career. As mentioned in Part 1, the schools who reached out and offered me a scholarship to come play for them the next season were the University of Arkansas at Pine Bluff (D1) and Wabash Valley College (JUCO). So I decided to transfer and continue my athletic and academic career at Wabash Valley College, a junior college in Mount Carmel, Illinois.

I Have a Feeling We’re Not In Fayetteville Anymore

Coming in, I had been communicating with a current Wabash Warrior at the time, Hylan Hall (Hylan is currently playing at Washington State). Hylan gave me the lowdown on the campus, Mt. Carmel (IL), the team,  and what everything was like. So, I kind of thought I had an idea of what to expect when coming to campus in the fall… 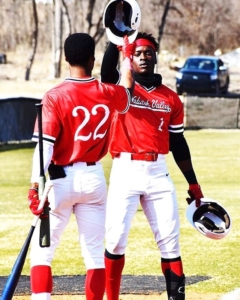 Me and Hylan at Wabash Valley

BUT, the differences between Wabash Valley and Arkansas were slightly more than my 20-year-old brain could wrap its head around over the phone with Hylan. Once I got to Wabash Valley’s campus in August of 2020, I instantly realized that this going to be different.  (And of course it was!) Just compare the two places:

So, needless to say, there were a ton of things around campus that took some time to get used to. Here are some examples:

Now, I’m not knocking Wabash at all. I’m just trying to highlight the differences I personally experienced when I first got there. It was a bit of a shock but I adjusted because once baseball started up, none of those differences really mattered!

We started fall ball maybe a week or two into the start of the fall semester. We would practice and scrimmage each other for a while during this time. This was the fall of 2020, so we were still unable to play outside competition due to the COVID pandemic.

Meeting all of my new teammates for the first time was really interesting and fun. Anyone who knows me knows that I’m an outgoing guy, so I really enjoyed making new friends and learning about everybody’s background. Everyone had a different journey that led them to one of the best JUCO programs in the nation, but I was excited to make new friends with each and every one of them.

Two of my good friends at Wabash Valley were Savier Pinales and Connor Olson.

Savier had been at Wabash during the 2020 season as well. But the season I played with him (2021), Savier led all of JUCO with 64 stolen bases. (I finished 3rd in the nation. We ran a lot haha!). After the 2021 season, he made the move out to the west coast and committed to Gonzaga.

Connor Olson played for two schools before arriving at Wabash and definitely hit his stride in 2021. After last year’s season, Connor committed to Illinois State, about three and half hours north of Wabash. (Purdue, where I play now, actually went up to play Illinois State last week, so I got to see Connor again.) 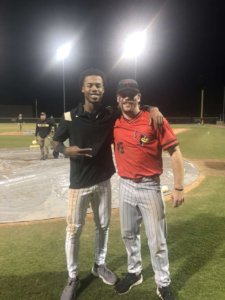 Me and Connor Olson after our game vs. Illinois State.

That 2020 fall ball “season” was a lot of fun. I got to play and compete with some great players. In my opinion at the time, and looking back now, everyone on the team at the time could have easily played at the Division 1 level. I saw the greatness out of every single player that was there. While I did end up starting almost every game in the 2021 season, if I hadn’t shown up to fall ball ready to compete for a starting job, I could have easily been passed by. That’s why you always have to be ready to compete!

One final thing I noticed during that fall was the leadership of our coaching staff and players. The coaches did everything possible to have everyone on the team bought in and come together as one. It could have easily not been this way. Most players look at JUCO as a stepping stone to something bigger and better (which in many ways it is), but our coaches made sure we understood that if we didn’t play as a team, we wouldn’t succeed, and if we didn’t succeed, those “bigger and better” opportunities that all of us eventually wanted were going to fewer and fewer. This mindset and this leadership speaks to why Wabash Valley is consistently one of the best JUCOs in the county. 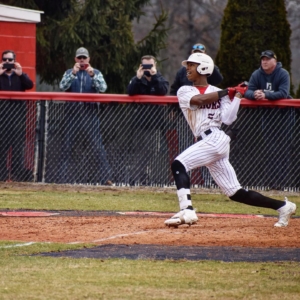 Fast-forwarding to the season of 2021, we had a lot of success as a team, which I’ll touch on in a second.

But more than the numbers, I learned how to be a “college baseball player” last season at Wabash. Coming from Arkansas, I wasn’t used to playing every game; I hadn’t done so since two seasons before in high school.  Playing every day at the collegiate level (especially the number of games you play in JUCO) helped me realize that taking care of my body needed to come first if I wanted to be successful. I started stretching every morning and every night in my room. Before practices and games, I would roll out my muscles, stretch, and do prehab drills to make sure my body was ready to compete at its highest level.

As a team, we were highly ranked all season long. Every time we showed up to the field, we had a target on our back. We always got the other team’s best effort.  That meant, as a team (and individual), you had to come in every day ready to go to war.

Rob Fournier (head coach), Dan Drullinger (assistant coach), Aaron Biddle (assistant coach), Jared Proctor (assistant coach), and Donald Brais (assistant coach), all played huge parts in our team’s success that season from preparing us for any challenge we would face during the season. Despite all the differences I listed earlier between Arkansas and Wabash Valley, these coaches got the most out of the resources and team we had last year. Then, and even more so looking back, I highly appreciate and respect them for every single bit of it.

When it was all said and done, our team finished the season 53-5. Indian Hills ended our season in a doubleheader in the Midwest District Championship to get to the Junior College World Series. I was obviously devastated and very disappointed at the time.

Looking back at last season, it was one of the best decisions I’ve made in my life. First off, baseball is a tough sport to play all around no matter who you play, and playing at the JUCO level helped me learn to play the game and not the opponent. At the end of the day, both teams put their uniforms on the same way and lace their cleats the same, you have to play to win the game. Now that’s a deep statement but the experience I grasped at Wabash Valley, I would’ve never gained from Arkansas. Not just on but off the field as well.

In my opinion, for the high school kids looking to play baseball at the next level in college, JUCO is a GREAT route to take. You learn so much about yourself as a player, you create bonds that will last a lifetime, and you most definitely find out if you really love the game of baseball!