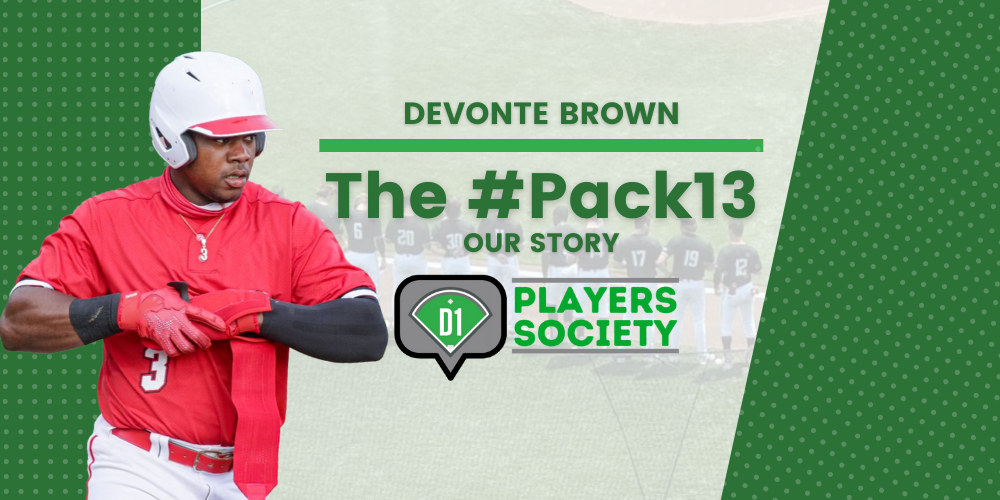 A Note Before Devonte’s Article: As many of you know, during the 2021 College World Series, the NC State Baseball team was put in the unprecedented position of having to play with only 13 players in a game against Vanderbilt. In the days following these events, D1Baseball’s Kendall Rogers outlined the timeline, which can be read here. The following is how NC State’s Devonte Brown experienced those events at the 2021 CWS.

Everything started to unravel even before we got to the stadium. We found out that a few players tested positive for COVID-19, and they weren’t going to play in the game. Taking away the circumstances that led to that decision, we were upset because those were our teammates, and we wanted them to be out there with us on the biggest stage of our careers.

After we received that news, we got to the ballpark to start preparing for our game against Vanderbilt. That’s when the decision came down from the NCAA about the unvaccinated players on our team. The unvaccinated players would have to get tested immediately and would not be eligible to play in the game. When those players left, I looked around, and only saw 12 other guys.

This story is about the 13 NC State baseball players who took on Vanderbilt at the 2021 College World Series.

I didn’t know what to think at the moment. I was kind of mad at first; I was just trying to wrap my head around everything going on and being said to us. How could this be happening?

Coach Avent came to the 13 of us in the dugout of TD Ameritrade Park and said that we either had to play with 13 players or forfeit the game. It was left it up to us whether we wanted to play or not. It took us less than two minutes to unanimously decide that we wanted to play that game. No one even had a thought of forfeiting that game; we all knew what we had to do.

More importantly, we had a game to win, and we weren’t just going to fold that easily.  We wanted to play for the 13 of us, for the guys that weren’t playing that day, and for all of the fans that had traveled from Raleigh to see us play.

More importantly, we had a game to win, and we weren’t just going to fold that easily.

On this day, we still had five of those nine guys available. Austin Murr, Jonny Butler, and I were still available in the outfield, each of us starting in at least 52 games that season with a combined 34 home runs. And then we still had Luca Tresh behind the dish and Vojtech Mensik at shortstop (even though he usually played third).

But after that, the experience of the remaining #Pack13 players dropped off quite a bit. Not in talent; these guys are great players, just limited experience playing the game at the highest level.

Sam Highfill started at first base, and even though he was a freshman, he had a ton of experience for us…but that experience was on the mound as starting pitcher. The three other freshmen in the lineup (Carson Falsken, Eddie Eisert, and DeAngelo Giles) had a combined nine starts and 26 at-bats. (Redshirt junior Danny Carnazzo would come in later in the game to pinch-hit.)

Then on the mound, our best option at starter was freshman Garret Payne. Garret had done a fantastic job for us in 6 spot relief appearances throughout the season, but he had never started a game. The two other pitchers we had, besides Sam Highfill, were R-Jr Dalton Feeney and Fr. Cooper King. 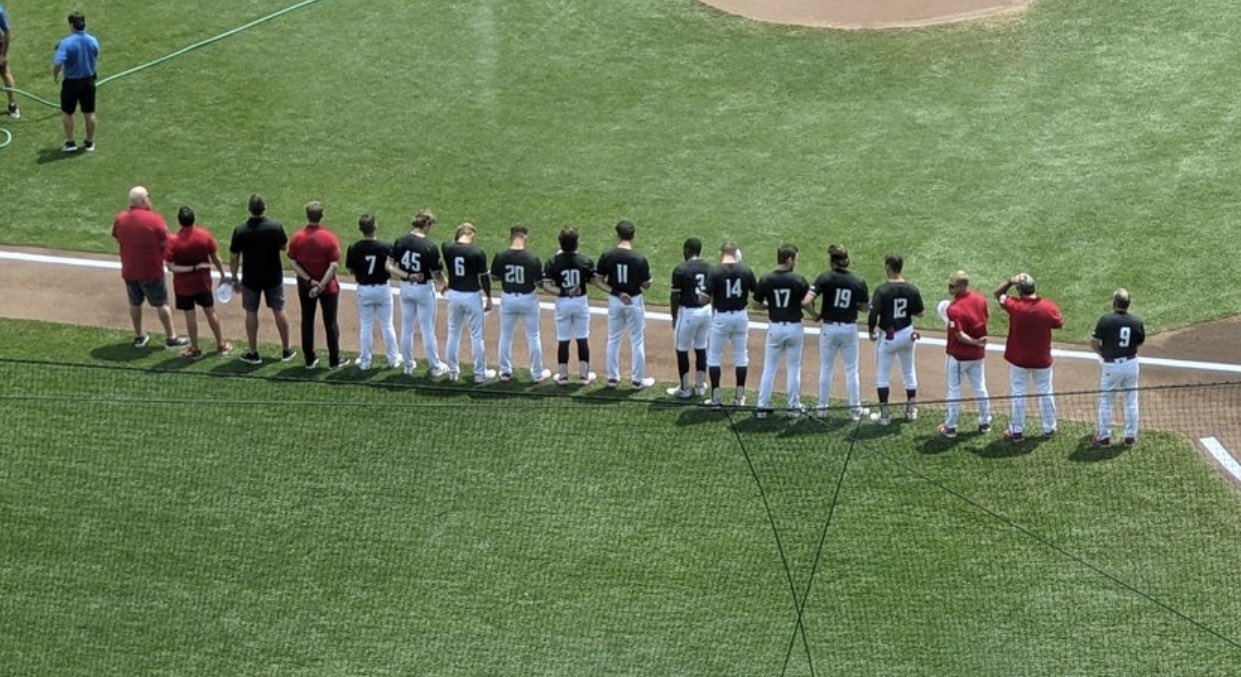 Once it was decided that we would play that day, everyone with significant playing experience that season in the dugout had similar emotions: We had a chip on our shoulder. We had a point to prove. We came to Omaha with one goal: bringing a national championship back to Raleigh. So we were going to do everything we could by any means to win that game.

The younger/less experienced guys were feeling the same way, but there were a bit of nerves all around. And how could there not be? Most of these guys hadn’t seen the field in weeks, and now they were about to go out on the biggest stage in our sport. I’ll say this: I have the utmost respect for those guys because they knew they had to step up and do it for the team. We all had to step up a little bit and push a little harder that day.

Once the game started, it felt like a typical game. Though in the back of everyone’s head, we knew we had to do it for the guys that weren’t able to play because if the roles were switched, we know that they would be thinking the same thing as us. Never once in that game did we feel we were losing that game. We knew we were in the game the whole time, and we were going to lay everything on the line to win that game.

You can watch highlights from the game or check the boxscore. We lost. I thought we played exceptionally, given the circumstances. Every one of my teammates that day laid everything out on the line and did everything they possibly could to win that game.

As a teammate, that is all you can ever ask for when you look around the locker room.

No matter how proud the 13 of us were about the game, they don’t hand out trophies at the College World Series for losing. So immediately after the game, we started thinking about the elimination game the next day against Vanderbilt.

Once we found that we couldn’t play that deciding game, I think we all immediately felt a sense of emptiness and disbelief. We honestly couldn’t believe that it was happening. It didn’t feel real that they weren’t letting us play anymore. When our coaches told us, everyone was shocked and confused. Once everything finally set in, you could feel the sadness and anger in the room. I think everyone in the room started to cry. We couldn’t believe that our season was ending the way it was. We weren’t eliminated from the College World Series because we competed and lost; we were eliminated because of something entirely out of our control.

The Return To Raleigh

That sadness and anger we all felt was taken away when we got back to Raleigh. The video of our fan-filled return to Doak is all over social media. To be able to come back to all the fans greeting us was an amazing experience. You could feel the love that everyone had for the team.

Here’s the scene as @NCStateBaseball walked onto the field at Doak. #Pack13 pic.twitter.com/byU1QEBeHf

We have such an amazing fanbase. They supported us through thick and thin. I think our fanbase is one of the reasons why we pushed so hard because they were behind us no matter what and gave us all of their support. When you think of your ideal, perfect college baseball fanbase, you picture our fans because that is what they represent. They showed us love and support through it all, and that’s all you can ask for. Our fans traveled with us throughout the postseason, and there is no better feeling than knowing that your fanbase is behind you every step of the way.

I look forward to seeing them again in 2022 and competing for another shot at Omaha!

Make sure to follow the D1 Players Society on social media 👇

Brock Myers: My Fifth and Final Season
Scroll to top