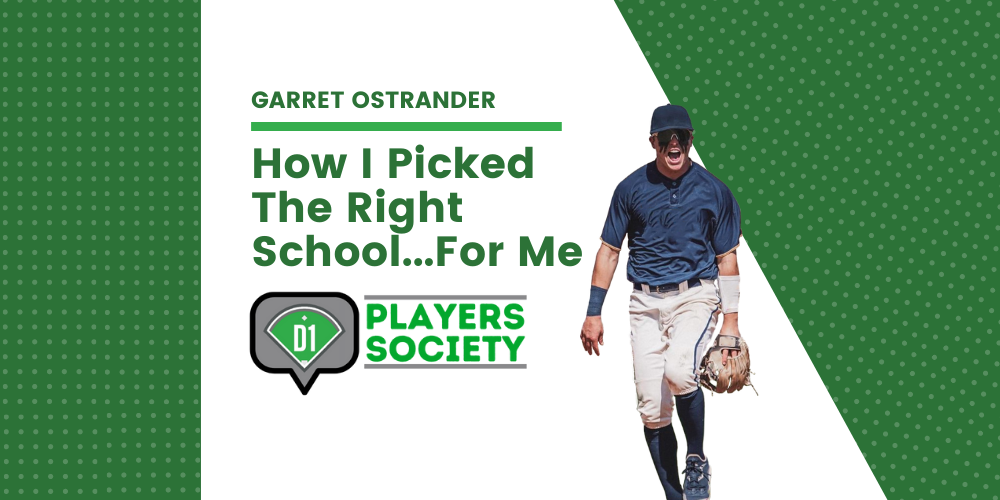 I went into the 2020 spring season still being an uncommitted senior who was trying to use a strong season to prove myself to a variety of Division 1 schools that were still looking at me for one of their final spots in their recruiting class. Despite it being very late in the recruiting cycle, many Power 5 and mid-major programs were still looking for a shortstop, my primary position. Going into my senior season, I was fortunate enough to still be in consistent contact with various schools, and it was extremely encouraging for someone still trying to find a home. 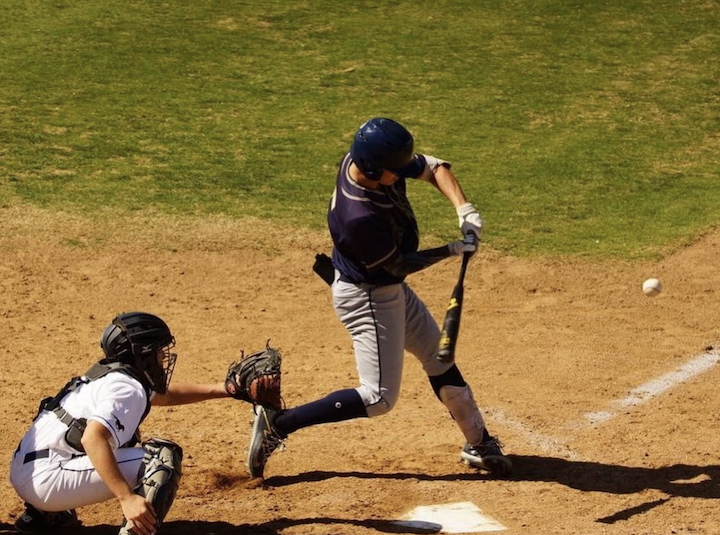 March 11, 2020, was the last game I played as a high school baseball player. And although my team (Del Norte) lost to La Costa Canyon 5-4 in a close game, I played great in the field and made solid contact at the plate all day. I went home to many texts from college coaches who had seen clips of me from that day. Life could not have been better as a high school senior who wanted to play at the next level.

The next day, March 12, 2020, is a day I’ll never forget. [If you are a fan of college basketball and have a decent memory, you’ll remember this day as well. March Madness was kicking off, and conference tournament games around the country were about to be played, but the games would be played in empty arenas. This announcement came all because of this thing called the “Coronavirus.” Then those college basketball games/tournaments started getting canceled. On national TV, players were escorted off the court in the middle of warmups. It was bizarre to see. It was bizarre being a high school senior entering class that day.

Again, on March 12, I arrived at my first-period class. Everyone knew something was up, and it was confirmed when my teacher read an email to us, which said the school district had announced we would halt in-person classes and extracurricular activities for an unspecified amount of time after that day.

I can imagine everyone processed this news differently. Some were excited there was no school. But the spring sport athletes felt different. What did this mean for baseball? My heart dropped just thinking about the ramifications. No more extracurriculars meant baseball was canceled. No more baseball meant I didn’t have a way to prove myself to college coaches. And if I wasn’t able to prove myself, I wouldn’t be able to play at the next level. Just at a time when it seemed like everything was finally going my way on the recruiting front, at the drop of a hat, my life had been turned upside down. I was so worried that coaches wouldn’t be interested in me any more, with many schools not having the opportunity to see me play yet. My biggest fear happened later that day; our game the next day against Santa Fe Christian got canceled…as well as every game after that.

When I returned from school, I received calls from coaches, and I reached out to some myself, the answer from all of them being relatively the same, “We have no idea how this will play out, so we will have to wait and see.” Quite understandable with how crazy life had become in just the last 24-48 hours. On that same day, the NCAA canceled the 2020 College World Series. There were a lot more questions than answers for coaches. One thing that seemed somewhat inevitable was that the NCAA would give all spring athletes an extra year of eligibility, meaning rosters would be overflowed. (The extra year of eligibility was confirmed by the NCAA later that month)  This resulted in many coaches telling me they needed to wait a while to figure this all out, but being so late in the recruiting process, I didn’t have the luxury to wait much longer.

Fortunately, despite the craziness we were going through, California Baptist University coaches Gary Adcock and Andrew Brasington had been able to see me play before the shutdown and assured me I was their guy. Cal Baptist was always on the radar for me because of their proximity, but I’d be lying if I said they were my “dream school” going into my junior and senior years of high school. Being only an hour away and religiously affiliated, they were high on my list, though!

Anyways, Coach Adcock was able to offer me just a week after the shutdown, and it came as an incredible relief to me. However, I do want to recognize for every story like mine, there were hundreds of athletes that were not as fortunate.

I then had to decide to take the fantastic opportunity at Cal Baptist or to continue holding out for some of the Power 5 schools I was talking to. Looking back, it should have been a no-brainer decision for me to go to Cal Baptist, but I’d be lying if I said the potential opportunity at a Pac-12 school still wasn’t rolling around in my mind. Fortunately for me, though, I was surrounded by people who cared about me and my future. One adage I kept hearing from those people was, “Go where you are wanted.”

So, I ended up making the right decision and committed to Cal Baptist a few weeks later. Cal Baptist is located in Riverside, California, only an hour away from my home in San Diego. I was coming into a situation where I would be able to contribute as a freshman. On top of that, I was blown away by the fantastic facilities Cal Baptist had and the tremendous success they had in their first few years in Division 1. 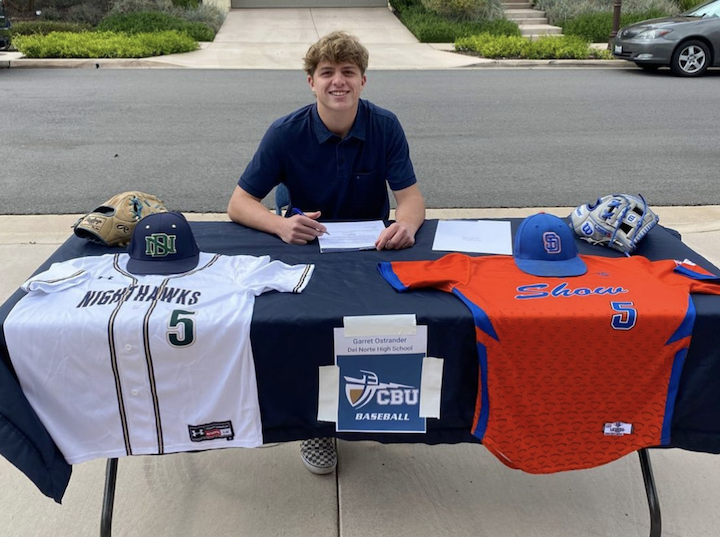 Now that I’m going into my sophomore season at Cal Baptist, I can confirm I made the 100% correct decision. I’m having the absolute time of my life. My freshman year still seems to be straight out of a dream, with us winning 40 games, winning a regular-season conference title, hitting .344 on the season, and meeting so many amazing people along the way. I can confidently say there is nowhere I’d rather be than Cal Baptist, and I’m truly blessed to have been put in this situation. 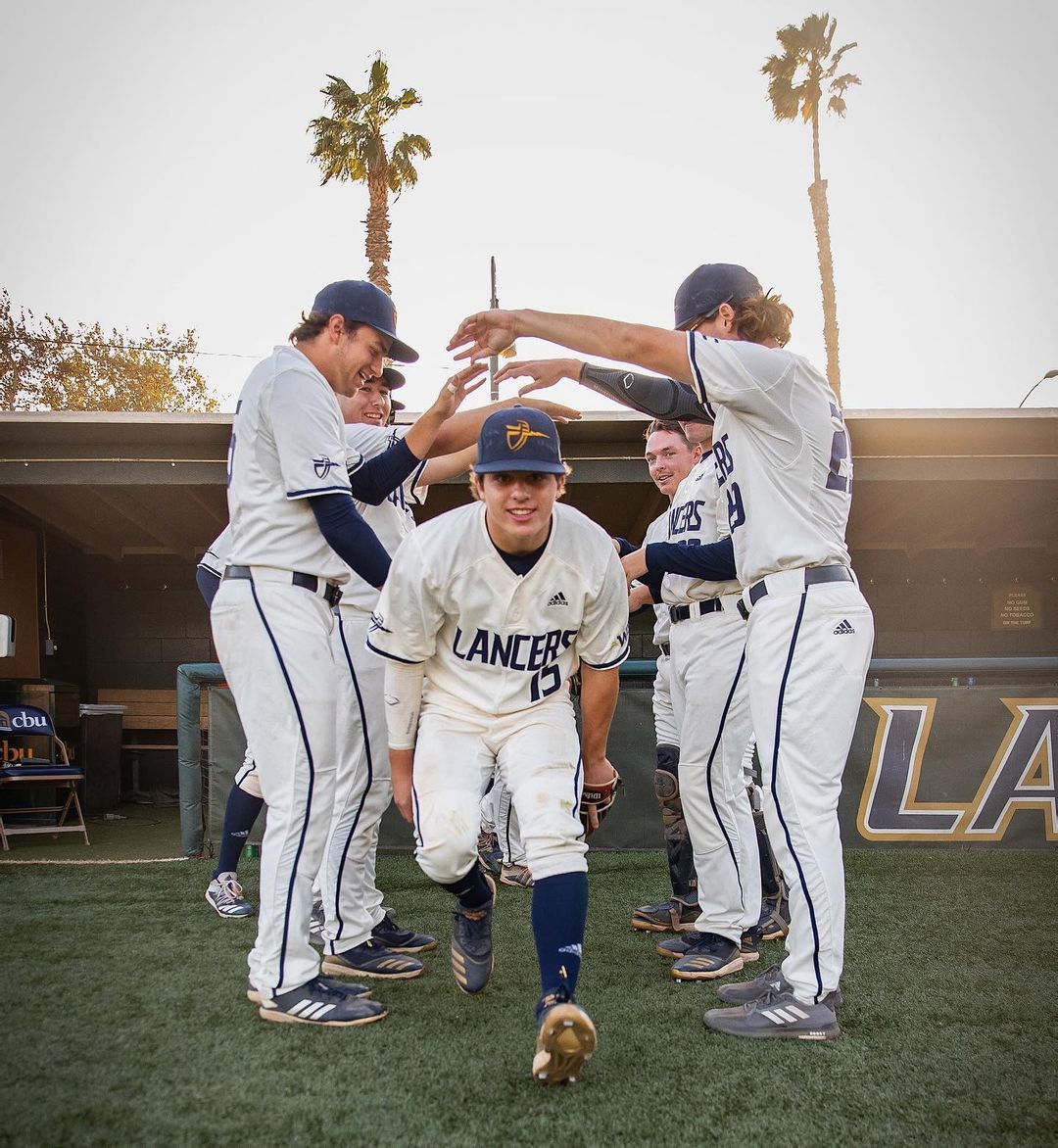 Hopefully, a lot of high school players (and parents) get a chance to read this article. If you are, I’d like to give some humble advice to you all going through the recruiting process, especially if you aren’t a “top-tier prospect.”

First, try not to get caught up in all the hype of a Power 5 school and find a place that truly fits you. Many recruits end up falling into this trap because, let’s face it, it’s cool to say you’re getting recruited by and/or committed to a Power-5 school. But, the reality of the situation usually presents itself by the time they show up to campus, and they realize that playing time may be minimal, and before you know it, they’re in the transfer portal. I’m not saying this happens to everyone, but the 2,500 players in the transfer portal this offseason certainly paints a telling picture. It may be an ego thing for some people, feeling like if it’s not Power 5, they’re too good for the program. But, if you’re playing Division 1 baseball, you’re going to be playing the best-of-the-best regardless of what program you play for. (Especially for someone like me on the West Coast!)

The other thing I would tell a high school recruit is that don’t put more pressure on yourself when you see other recruits/teammates committing to schools. Everyone develops physically and mentally at different times. Your time will eventually come, so just go out and play the game you love, have fun, and everything will figure itself out.

I know it did for me.